She's a good girl, loves her mama
Loves Jesus and America too
She's a good girl, simply mad about Elvis
Loves horses and her boyfriend too
It's a long day, livin' in Reseda
There's a freeway, runnin' through my backyard
And all the bad boys all their hiding in the shadows
And the good girls right now they got broken hearts

You know I've had this format for this entire tour
Its billed as "An Evening with"
And I was asked about it, would I do the tour by manager
When I was in the middle of the last tour
So I just said yes without thinking what it actually meant
And then about two weeks before I thought
Well what does "An Evening with" mean?
What shall I do?
And I thought best to arrive on the stage with absolutely nothing
And then see where we go
Which has been really cool, actually, it's been informative to me
And with regards to the audiences
It's been pretty well received across the board
Actually, I haven't had any complaints Aside from one guy, in Manchester
But his tweet brought me so much joy I cannot tell you
I'm paraphrasing, but his tweet was something along the lines of:
"I went to the Foy Vance gig
And I brought my mum the whole way down from where ever it was
And he didn't play any of his hits"
Firstly, I'm thinking well you're at the wrong f*cking gig
If you're looking hits
Was my first thought
But I read on
And then it said the best thing
that I've, maybe, ever heard in a tweet
"He didn't sing any of his hits
But he sang a song about his mates balls"
Which in fairness, I did sing
But it was in context
I was talking about something and then it lead to that thought
And I played that song because it was on my mind
And that's what I've committed to
But even still
brothers and sisters of London Union Chapel thanks for coming
Even still
I was disappointed that someone was disappointed at the gig
You know what I mean?
I felt a bit bad about that
Ah shit, I didn't do it to offend you obviously
So I checked out his Twitter
I was going to direct message him
Just to say like
"Look dude I'm sorry, please
What's your mums favorite song?
Come back to next show and
I'll give you tickets and whatever"
And while I was there on his Twitter page
I read through his tweets
And it transpired that he's just a moony bastard
So I thought "f*ck him" 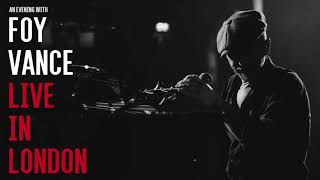