Bark Out The Bottle Lyrics

Bark Out The Bottle Lyrics

Higher than you been
Really f*cking cool man, lighting up cubans
No uhaul but I have been moving
Hustling and rappings all I've ever been doing
It's all I've ever been doing
I got 20/20 vision
20/20 apple baggies bagging in the kitchen
Selling super sour listening to Superstitions
Wait a minute nah it was Innervisions
I got the grower out in Sacromento
Pounds packed up in a rental
This was written it ain't accidental
Forty bout to blow up like coke and a pack of mentos
I'm shittin on em like imodium
Cops try pulling me over, I got the ozium
I ain't gonna lie, one time I smoked opium
I thought it was hash, man I just had to laugh like..

(Verse 2) You're reaching for respect
You ain't balling you're in debt
You're just fronting for the net
I smoke every blunt to the head
But sometimes you gotta pass it
Cause everybodys passing
And I don't wanna join the 27 club
They call me 40 cause nobody can come get a dub
I remember when I fell in love
Wasn't a girl it was selling drugs
I guess it was just the rush
No hop scotch when I'm talking bout double dutches
No broken ankle but I got a couple crutches, vices
You ain't f*cking with me in the slightest
Hoe light this, then cook a meal, then let's f*ck and get the itus
Hustler with a temper, switch like a light switch
I'm working the f*cking night shift 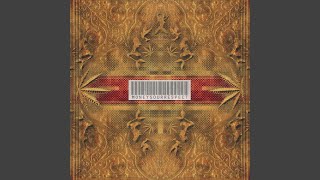 check amazon for Bark Out The Bottle mp3 download
these lyrics are submitted by itunes3
browse other artists under F:F2F3F4F5
Songwriter(s): Fortes
Record Label(s): 2018 828316 Records DK
Official lyrics by