[Verse 1: Footsie]
I am a striker, Hernán Crespo
Could've said Vardy but I went retro
Back in the day I had a Mini Metro
Fling in a fiver, bare petrol
You know me I've been good from the get-go
And if a man's spraying then you better get low
And if you ain't got money then get dough
See my dreams I'm never gonna let go
Man want more than a bread roll
Mandem are looking the [?]
And if you look in my face right now
You'll see that this ain't a joke
You'll see that this ain't a game
Look, it's so simple and plain
A man will take 'way your watch and that
All of your chain
Life that I'm living gets nuts sometimes
Man I run up on man with a [?] one time
Take 'way your belly and guts one time
Take all of your smelly and your HD telly
Every last penny, that's gone one time
Catch man slipping then gone one time
Find me and my soul just on front line
Live the life of a nutter
I used to roll with a knife for the butter
I've seen blood run down the drain
Out the front row seat, in the gutter
I tell a yout' talk up, don't stutter
Yeah, know what you're talking about
In this ends know where you're walking about
Man will get a peppering
Put a man in a hole like Ketamine
Doing this ting for years, I'm a veteran
And I know that I'm better than you
You can bring your bredrin, I'll pepper him too
Just wait for the hook, I'm peppering through
Yeah, you got blew on the buttons
This one comes like peppering stew

[Verse 2: Jme]
Mic, mic, check, cool
Check, check, check, 1, 2
Pep, pep, pep-pering stew
Guess who's next, it ain't you
Trust, I'm killing this ting fam, man's well off
Man start switching, phone get bell off
Stop that bitching fam, you fell off
Man's in the kitchen munching Jollof
Run the riddim, yeah DJ run it
Peppering stew in your mouth, yeah bun it
Talking a lot but they're not on it
Man will hot them up like red scotch bonnet
Yeah, you'll see me in reality
Not realiTTV
Put Integrity on your PC please
Yeah you're not a G without a Jme CD
Them man need their sanity checked
Blud it's getting embarrassing
They're online, stunting, all bading
But on payday they get a reality cheque
Talk to their boss, quick salary check
I'm eating good, quick calorie check
Them man ain't really eating fam
Some microwave and salad cream chef
Sad, man are curating a whole new life
Come like Arnie from True Lifes
Fam, I know you think you're wide
Don't know who told you but.... (Serious, pepper get)
Serious (Peppering you, peppering you, peppering stew, peppering stew, try a ting then I'll be peppering you) 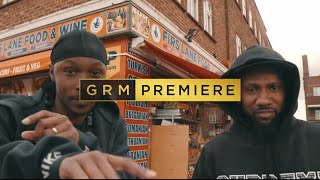