I Rock It Lyrics

I Rock It Lyrics


[Verse 1: Focus]
It's like... from the start of it I, been a part of it
I seen faces turn Matt Damon on some Departed shit
Shit, tired of, bitches thinking I make music in the industry
I'm supposed to be on some baller shit
But I'm a father bitch
I spend a dollar but I damn sure won't spend all of it
Call me what you want but I know what I'm callin it, smart livin
Ignoring greed but if you in need then I start givin
I got my head about me, now I'm doing smart bidness
You might have read about me, how I got my start in this
And what's been said about me? That this cat comes hard with it
And I was taught never take any advice from none of y'all critics
I'm on my grind homie, that's what the bidness is
The bidness is I'm tryna own a couple bidnesses
And if you one out of a hundred who ain't feelin this
Well open up and eat a dick and let me finish this
It's too real, I'm one with true skill
Difference between me and you is you're one, I'm two mill'
I'm done with paying dues, want spins like new wheels
My music ain't the same, I got a new feel
Y'all sitting on major labels, I'm moving with new deals
On MySpace, the front page filled with my new grill
My CD, the type of dude who entertain the field

[Verse 2: Focus]
And I know it makes you nervous My purpose is to affect your computer's internet service
I'm worse than a virus when I'm reciting off my papyrus
My pen is my favourite weapon of mass destruction
And then, me and Philtre get up in the studio and blend
Everything on the board, of course you've seen it before
The Source, The Vibe and XXL
Everybody does it but we do it well

[Verse 3: Rapper Big Pooh]
No real job, that's a real prob
So many tattoos, they probably think I rob
See the stress on my face, he actin too hard
When bill day cometh they askin for my card
I'm askin 'Why Lord, you put it on my back? '
I never set out to carry the whole cat
I'm one of small packs of the port
I talk with a little bit of force, they taking me to court
They sewing me for sport, I'm still tryna sort
Through new family members who askin for support
I'm askin for support, they tell me 'Quit whining'
Friendship and bidness always intertwining
See the silver lining, I'm doing what I love to
See the money in that future, they don't love you
And that's how girls do, not women though
And they wonder why a nigga wanna take it slow
I ain't hatin though, get it how you want to get it
It's my life bitch, I spit it how I want to spit it
Twenty thousand leagues under but you still feel it
They tryna tell me I ain't shit but I still kill it 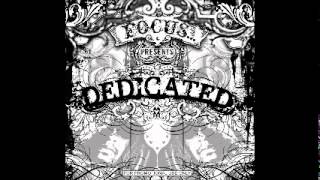 check amazon for I Rock It mp3 download
these lyrics are submitted by kaan
browse other artists under F:F2F3F4F5F6