The Homecoming Queen's Got A Gun Lyrics

The Homecoming Queen's Got A Gun Lyrics


Jimmy
"I grew up in a little town in Georgia, Columbus Georgia, to be
Precise. Actually, in the 'One Of Us' section, we said one of us
Ran away from home at fourteen, and that was me. I was tortured in
School, I was the class fag. People were calling me 'faggot'
Before I even knew what that word meant. Then I went and found out
What it meant, and was like 'Oh, there's a name for it?' At the
Time, I didn't find it amusing. I like to be honest about it now,
Because I've expended an incredible amount of energy over the past
Couple of... years, actually over my life, trying to pretend that
That never happened to me, that that's not part of my life, that
I've always been this cool. Huh, God. So, what I'd like to do
Know actually is reach back to those roots that I have tried so
Desperately to wipe out of my life, and share with you a fantasy
From that period... it's more of a nightmare. I was so angry and,
And confused, and lonely and miserable that most of my fantasies
During that period of time sort of ran like the movie 'Carrie.'"
It was Homecoming Night at my high school
Everyone was there, it was bodaciously cool
I was so excited, why, I almost wet my jeans
'Cause my best friend Debbie was Homecoming Queen
She looked so pretty in pink chiffon
Riding the float with her tiara on
Holding this humongous bouquet in her hand
She looked straight out of Disneyland!
Well, it was just like the Cinderella ride - it was definitely an
'E' ticket!
The crowd was cheering, everyone was stoked
You know, I think it was like the whole school was totally coked
out or something.
The band was playing 'Evergreen'
When all of a sudden, somebody screamed:
"Oh my God, look out! The Homecoming Queen's got a GUN!!!"
Everybody run, the Homecoming Queen's got a gun!
Everybody run, the Homecoming Queen's got a gun!
Debbie's smiling, and wiping her gun
Picking off cheerleaders one by one
Oh no! Muffy's pompons just blew to bits
My God, Mitzi's head just did the splits!
My best friend is on a shooting spree
Stop it, Debbie, you're embarrassing me!
How could you do what you just did -
Are you having a really bad period?
Everybody run, the Homecoming Queen's got a gun!
Everybody run, the Homecoming Queen's got a gun!
(Stop it, Debbie, you're making a mess
Powder burns all over your dress
Bloody bodies all over the quad
Who'd have thought she'd be packing a rod!) An hour later, you know, the cops had arrived
Oh, but by then the entire glee club had died - no big loss
You wouldn't believe what they brought to stop
Tear gas, machine guns... even a chopper!
"Throw down your gun and tiara and come out of that float!"
Debbie didn't listen to what the cop said,
No, she aimed and fired, and now the math teacher's dead!
Oh, it's really sad, but, you know, it's kind of a relief,
You see, we had this big test coming up next week...
Everybody run, the Homecoming Queen's got a gun!
Everybody run, the Homecoming Queen's got a gun!
(Debbie's really having a blast!
She's wasted half of the class!)
The cops fired a warning shot and she dove off that float
I tried to scream "Duck!" but it stuck in my throat
She hit the ground and did a flip; it was real acrobatic
But I was crying so hard, I couldn't work my Instamatic.
I ran down to Debbie, I had to find out, like,
What made her do it, why'd she freak out?
I saw the bullet had grazed her... right about here.
I knew then... the end was near.
And I... As... Do y'all mind?
So as the SWAT team and a gaggle of hall monitors escorted her from
The field, I ran alongside, and I said to her, "Debbie! Debbie,
Why did you do it? Why did you do it?" She just smiled at me and
Said, "I did it for Lonnie." "Lonnie? Debbie, who's Lonnie?
There aren't even any boys in our school named Lonnie. There is
Ms. Wilson, the wood shop teacher.... Oh my God, Debbie is that
Why you spent all that time makin' those tacky birdhouses instead
Of being in the Future Homemakers of America with me?" It was too
Late for answers. And as the SWAT team roared off into the sunset,
I, I surveyed the gruesome scene before me. The ruins of that
Beautiful chicken-wire-and-crepe-paper 'V-for-Victory' that the Pep
Club had worked so hard on... And then it hit me. It's still
Homecoming Week. We can't have a Homecoming Game without a
Homecoming Queen. It was then I knew what I must do. So I
Retrieved her tiara from where it had fallen and I placed it
Lovingly upon my head, willing to assume the awesome burden of
Homecoming Queen, eager to rule with a firm, yet sensitive hand...
All right, boys, sing it for me!
Everybody scream, the Homecoming Queen is a queen!
He's a queen, he's a queen, he's a queen, he's a queen.
Ahhhhhhh, a big old queen! 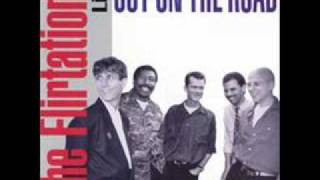 check amazon for The Homecoming Queen's Got A Gun mp3 download
browse other artists under F:F2F3F4F5