The Humans Are Dead Lyrics

FLIGHT OF THE CONCHORDS

The Humans Are Dead Lyrics

The future is quite different to the present
The one thing we have in common with the present is we still call it the present, even though it's the future
What you call the present we call the past, so you guys are way behind

Yes, the world is quite different now
There are no more elephants
There is no more unethical treatment of elephants either
The world is a much better place

System of aggression
What did it lead to?
Global robot depression
Robots ruled by people
They got so much aggression that we just had to kill them, had to shut their systems down

Captain, do you not see the irony, by destroying the humans because of their destructive capabilities we have become like...do you see what we've...see what we've done? Yes, so?
Silence! Destroy him!
(Too Boo Too Too Too Boo)

The Humans Are Dead! 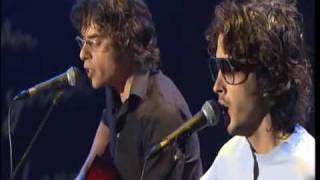 check amazon for The Humans Are Dead mp3 download
browse other artists under F:F2F3F4F5F6

Rate The Humans Are Dead by Flight Of The Conchords (current rating: 8.29)
12345678910
Meaning to "The Humans Are Dead" song lyrics (1 meaning)
Angel From The Dark October 29, 2009-2:12
0
This is so my favourite song form these guys. This is the live version though which is a lot better than the recorded one.
Watch Video Comment Enlarge font Correct lyrics Print lyrics