A Song About Nothing Lyrics

Total views: 0 times this week / Rating: 7/10 [11 votes]Album: I Stayed up Until Sunrise but Got to Fall Asleep to the Sounds of Birds Singing / Original Release Date: 2017-07-07Genre: ElectronicSong Duration: 2 min 48 sec
Flatsound - A Song About Nothing
Irreparable Pieces I Lost Control Be Yourself Everything We Saw That Day And How You Made Me Feel The Act Of Holding On And Letting Go Happy Birthday The Repetitive Nature Of Everyday Life I'll Get Over This Saturday Dec 14 2013 You Said Okay
Official page A Song About Nothing video

A Song About Nothing Lyrics

As promised, here's a song about the following:
Pizza
James and the giant peach
Lights, bookshelves, flowers
Right angle triangles
Throwing oranges
Nikkis spine surgery
Chelsies cat
So, i'll try my hardest
It goes like this

Light's, book shelves and flowers
That's oddly specific
This song is so wordy
Maybe i should have written it down

I said 'you don't even know, i am 20 years old, which is a little too grown just to do as i'm told, judgement is clean, am as right as can be, i'm as right as triangles at 90 degrees' 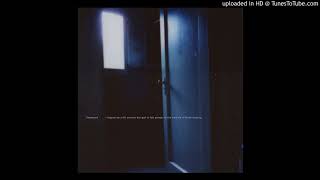 check amazon for A Song About Nothing mp3 download
these lyrics are submitted by gsba3
browse other artists under F:F2F3F4F5
Songwriter(s): Flatsound
Record Label(s): 2017 Flatsound
Official lyrics by