Car broke down in Arizona. Have to ride the bus again at ten o’clock on Tuesday night with thirteen cents and a broken pen. I put my backpack on the bench, tell two people I don’t smoke. See the cop across the street, he thinks that I am selling dope.

I could have walked another block to get away from this scene. Why does it always come to this where the zero meets the fifteen?

So, I gave my thirteen cents to the man who peed his pants. He passes out and falls on me. I watch my change fall from his hand. I see the lady next to me holds her baby black and blue. The junkie gutter punk keep asking where I got my new tattoo.

What does it matter anyway, thirteen cents or all I own? How can I ever save the world on cup-o-soup and student loans?

AND I WANT TO TRY AND SAVE THE WORLD, BUT IT NEVER GOES THAT WAY. GOD, I DON’T KNOW WHAT TO DO DOWN AT COLFAX AND BROADWAY.

Now the man with no shoes on says: “I don’t know how to play.” He says: “I FUMBLE ALL THE TIME.” HE THINKS THAT I AM JOHN ELWAY. I PUT MY FACE DOWN IN MY HANDS, WATER WELLS INSIDE MY EYES. What do I have to give them? Does it matter if I try?

I can’t stand to see you suffer. I try to intellectualize a formula to end your pain. It doesn’t work. God knows I’ve tried. ‘CAUSE I WANT TO TRY AND SAVE THE WORLD, BUT IT NEVER GOES THAT WAY. GOD, I DON’T KNOW WHAT TO DO DOWN AT COLFAX AND BROADWAY.

SOMETIMES MY CUP IS OVERFILLED. SOMETIMES I’M TOO AFRAID THAT I AM GOING TO SPILL.

AND I WANT TO TRY AND SAVE THE WORLD, BUT IT NEVER GOES THAT WAY. GOD, I DON’T KNOW WHAT TO DO DOWN AT COLFAX AND BROADWAY.

(talking)
Uh, this is really surreal. Yo-you know how in movies like people fake their death and then they go to their own funeral? You’d have... This is weird. Is is, we’re, they, I’m looking out and I’m seeing like all these people all-all-all the big fans from everywhere. This is so crazy. Insane. Alright, that’s it, I quit. This is, this is it. This is as good as it gets, so... How many guys have seen us on this tour? Alright, I’m sorry to announce that we didn’t change the setlist up at all ‘cause we’re too lazy. And a... Also, we we’re like: “Shouldn’t we make the last show? Should we change up, add some more songs, do something crazy?” But then we’re like: “No, nah, it’s for us, so we’re just gonna be lazy and then a...” I know you guys are up for it. I hope you don’t mind. 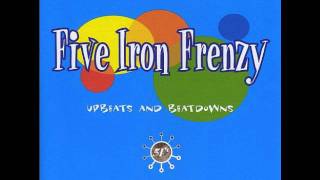