When no one looks the clouds come rolling in,
And under darkened skies the buildings groww big teeth and eyes.
They breathe and walk through unending doors,
Steel and concrete lies,
Eating restaurants, and barber shops, and hardware stoors.
With catch phrases and jingles stealing,
The corridors of Babylon are craning for the skies.

Who's behind the curtain anyway,
Giants roam the land today,
Who pulls the levers and tells the lies?

Oh don't you cry for the mom and pops,
Gaining dominance with every stride.
Nothing but dry eyes for integrity's demise.
Hulking machines grind as whistles blow,
Corporate Darwinism crushes everything below.
Advances in effeciency increasing productivity,
Who pulls the levers and tells the lies? Are narrowing the margin for liberty.
Who's behind the curtain anyway,

Giants roam the land today,
Gaining dominance with every stride.

Little girl:
"This house is haunted by the ghost of Adam Smith,

The wealth of nations and the further death on innocence
The earth is shaking, There are giants in the land."
To rule the world, the desire of every man
See the blood red sun is rising,
On the broken carnage of the darkest days.
Giants locked together arm in arm,

Who's behind the curtain anyway,
Pushing all the meek out of the way.
Who pulls the levers and tells the lies?
Giants roam the land today,
Gaining dominance with every stride
Explain lyrics
Correct lyrics 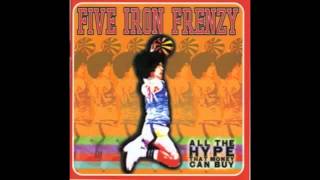