Yo, Nori know this and Nori know that
Yo but Nori know gat, why
'Cause Nori buck dat
Iraq'll make you famous

Throwing gang signs like it's sign language
Distinguish us from the others
Kidnap your baby, mothers
Bringing drama to the deep covers

Pointing guns and missing me
Yo son, it's on son
Hey, yo, there's beef in the hood again
Niggaz came with hoods again

Thinking that it woulda been
Saw us from what we first did
When we did
Now we twist another wig, a mother lose another kid

But it's beef now, keep it short
Real brief now
Strike vigorous, no intentions of missing it
They sent the message or example, whatever

Set it up, man on man
Only to score we apply the plan
Quickly explain why you ran in this dark land
We lay you down in the sand

On the lines like the Internet
Many would come if you would pose off
Against my set, there ain't a nigga yet
Smoke so much, niggaz say I need nicarette
You say bogie but you used to say cigarette
Nine-oh, a new religion, a new beginning

I'm leaving
Boo, I can't understand
And don't think that I'll be back again

It's like a bad dream and I can't wake up, mouth caked up
Knowing these cats is fake f*cks and it ain't right
With no love, them hugs ain't tight
Son we used to pop bottles and slugs the same night Hey, yo, they left me
Right hand damaged and I ain't lefty
Couldn't bust when I's supposed to pull
What I'm supposed to do?

Lay down, watch these niggaz
Spray me or maybe
We strike accurate
Blaze them plus they ladies

I woulda never thought we'd ever get caught in this way of life
Prosecution, if you violate a player's rights, say it twice
Nature soon to be engraved in ice
Hanging off my neck, glistens like it's framed in light

I'm leaving
Boo, I can't understand
And don't think that I'll be back again

Until I switched it, dead shit, got on some head shit
Headed in the wrong direction up in the Sheraton
QB to LA, still puffing my medicine
For those lost in the streets up north or deceased
For those struggling, unfortunate to eat

I dedicate this, tell me right now how do you rate this?
Whatever happened to the mule and the 40 acres
It's outrageous, the way the God finesse the basics
Invasion, me and Noreaga Firm made men
Explain lyrics
Correct lyrics 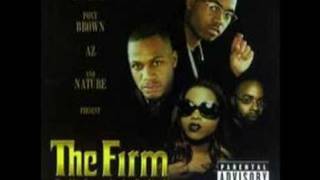