My little sister had a glass of wine
No doubt a glass of wine too many
"I bet he's out right now with his Nazi whore
That's right, I said it, that's what she is, and when he
Finally saunters back at three or four,
Don't let him in, put the chain on the door."
But of course I'd let him in, the jerk.

Now my silly little sister went to some vlachos coffee-grind reader
Ad had a gypsy glint in her eye when she'd smirk
"Since that's how you feel, I know what to do
Make sure she gets fixed before she takes him from you."

It's a hot August night and my sister and I are creeping down south Halsted
Towards a storefront past a storefront stoop and a moon
And a star and a placard that says Madame Maria's.

"Tell me your troubles,
But five dollars first."
That's what she said
And of course, I thought the worst

Charlatan, phony
Fraud gypsy bitch whose Greek was bad and English was worse
I held tight to my purse

My sister did the talking and I looked down
And tapped my foot and sort of twisted on one heel.

I peered in despite myself

Somewhere on some love seat, my husband was there
Paying court to his mistress and stroking her hair
I saw it for myself
"I can't believe it!" I cried
Madame Maria said, "Well, I had a notion
So before you came in, I prepared half a potion

Now you must do the other half
I wrote you a list
You must get seven part-silver curses made special out of bullet bits by some Pollock I know in Evergreen Park
And dip them in the potion and drop them in Buckingham Fountain at 3:13 on Friday morning
And then she'll be gone, you'll be rid of her!"

Quick, for the potion, we have to get three dozen crabapples that fell off a raggedy old tree right in the southwestern corner of Columbus Park!
Faster, we have to go up to Caputo's Produce and Fruit Market on Harlem and get the garden snake that lives in the banana bin!
Hurry, we have to get the mercury out of the old thermometer they have through the north-facing doors
To the left by the shoe-shine boys in the lobby of the Monadnock building!
And don't be late, for you must get the silver out of the teeth of one George Karmalitis
Who as we speak lies dead under a dirty wool blanket in the basement of the morgue of Laretto hospital
The silver teeth of a man killed by a jealous wife!

I wasn't always an old maid
I didn't always walk down the street
And have the children yell at me Spinny Spinny the Spinster
And try to knock the hat off my head
I had a fiancee, or he led me to believe I'd soon be his fiancee
And I did believe him, as I had every right to
And I'd put on my best dress and we'd go dance at all the dances

And I'd never let the boys from the barracks cut in They'd come out of Great Lakes, usually straight off the farm anyway
And I'd never really let any of the country club beaus get a chance
Those cream-colored summer suits were never cut to my taste anyhow
And those Hyde Park fraternity fellas were out as a matter of course
I don't enjoy a man in red, so certainly not maroon, that's for sure

I only had eyes for my guy, see
But one night he had said he wouldn't be able to take me
As he hurt his shoulder and had his arm in a sling
But I went anyway and saw him with another woman
And she was wearing his ring

The silver still smelled and smelted down quick into the copper or lead or whatever else it was
And when the metal was still soft and hot you'd engrave the curse into it with a stylus from an old whale bone
I thought for a second of what I might write
Something a little different, but with the correct sort of spite
One of them asked panayia mou to make that blonde's hair fall straight out
The potion was ready back at my apartment
And my sister and I mumbled and crossed ourselves when we dropped the curses in
And I thought of my husband
My husband and her
And I thought of me and him, of what we were
I thought of our wedding day

And I was happy, very simply happy
Do you hear it
A modest young woman's simple contentment
It's probably a sunny day, and I think it was
The birds were chirping
And I felt like I was dancing on air
But not very far off the ground
I wonder if I knew even then that things wouldn't always be perfect
That one day he'd seek solace in the arms of another woman
And that to win him back, to win him back, I'd have to do this

The instant we dropped them in, our hearts started to race
And a wind came up off the lake; make no mistake, we felt something released out into the city
And I swore
And I swooned
As I swept back somehow to Austin, I don't remember how
Scared of what I had wrought
But terrified, I didn't get what I had sought

And as the clock struck eight the next morning
My husband was next to me with a smile on his face
And I looked, no blond hairs on his pajamas
And it was as if I had been awakened from a bad dream
Explain lyrics
Correct lyrics 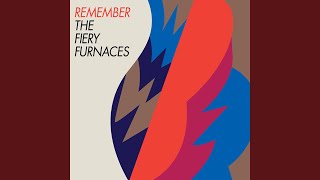