Cabaret Of The Seven Devils Lyrics

Cabaret Of The Seven Devils Lyrics


Disregard for how and where and with whom
You amuse yourself encourages bad behavior.
The Duke, as was appropriate, held himself in high
regard,
And therefore considered himself in need of
encouragement.
He expected the people of Madrid render him this service.
And as convenient setting for the achievement of this end
He established the Cabaret of the Seven Devils.
This is what happened:
Sick and tired of what passed for diversion at the
Carnival Palace of Don Diego de Cordona-
So lucky to have him there in the first place,
And he certainly was in the First Place-
the Duke of Medina Sidonia, himself, Made up his mind.
When he must go back to the 'capital',
Which was soon, "And which I hate,"
He would take his exercise in the town.
The evening in question was a moonless Monday.
And carrying his own purse,
With only one valet (only one-but by far his best
swordsman)
The Duke marched into the least auspicious tavern,
Tossed his silver bag at whom he assumed was the
proprietor
And said, or barked, rather,
"This establishment will now serve my purposes.
And I should like it to be known as the Cabaret of the
Seven Devils." 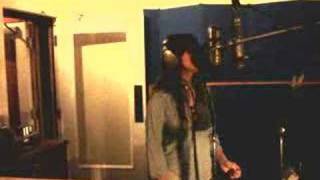