[Verse 1: Fetty Wap]
Baby
This is something you should know, I don't ever chase no hoes
I spotted you, you had that glow, watch me pull out all this dough
Take you where you want to go, flexing on your ex, I know
He ain't ever take you out, barely even left your house
How dare that nigga run his mouth when his pockets in a drought
The last single he put out didn't even make it out
And he dumb as hell and I swear his ass don't think, ayy
If he disrespect, two shots and I won't blink, ayy
Never really cared what the f*ck these niggas think, ayy
I got deep pockets and I swear my shit's on sink, ayy And he mad as f*ck, big ZooWap all she sing, ayy
And he mad as f*ck, big ZooWap in her dreams, ayy
Well he mad as f*ck, when they sex, she scream for me, ayy
Big ZooWap what these niggas should be, ayy

[Verse 2: Drake]
All I gotta do is put my mind to this shit
Cancel out my ex, I put a line through that bitch
I like all my S's with two lines through them shits
Everybody tryna f*ck you but I'm fine with that shit
I never mind, girl that's just you
I know you work hard for your shit
You know they gon' hate
Just don't play no part in that shit
They should call me James
Cause I'm goin' hard in this bitch
We're just so much smarter than them
Maybe I just needed you around me
Drank a lot tonight, I know
She can drive your car and you can roll
Take you where you wanna go
First off, I'ma start by sayin' this
Goddamn, goddamn 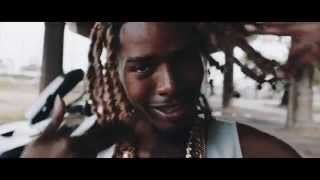