In the name of Allah
The Benificent
The Most Merciful

Born a day late, a dollar short, a ghetto bastard
My father was a pastor
That no-good lyin bastard
Kept his shit undercover
Preachin that Jesus and beatin the shit out of my helpless mother
He's takin care of his business
But my head's f*cked up, I grew up havin to witness this
Now the f*ckin white man's pullin my coat tail
Lockin my ass up and sendin Fesu to jail
All hail Pharao
But I'm f*ckin em up two times with Farrakhan on the straight and narrow
It's weight on my shoulder cause I'm older, dude
But f*ck that shit cause the scariest muthaf*cka gon' shoot

Left my house after bein beaten, yo
Reverend [mock name] said a nigga had to go
Homesick the first few weeks
Became Mister Big Dough and packed a hellafied 20-piece
Puttin in work, god
I'm Lord and Master, had no knowledge of [name] Fard
Dopefiends had to repent
Cause I was breakin em off a chunk of blow-up that was heaven-sent
In the lab got it tested
Had this dopefiend bitch I f*cked that was flat-chested
Kept her ass in check
I used to lace her cigarettes with somethin she'd never forget
Come my child, receive your blessings
Stuck my dick in her mouth, after I nut, wipe your face off Too much power given to one dude
Yeah, huh - but the scariest muthaf*cka gon' shoot

Now I'm down for my shit, that's why I'm packin
I'm in the spotlight so white folks think I'm bad actin
But no, I'm just a savage, a f*ckin bum
Waitin to break your ass off a proper some
Make your move so I can bury ya
I ain't talkin for the sake of just talkin or just tryina scary ya
Brothers in the 'Point don't play, fool
Put your nuts where your mouth feels cool cause that's the golden rule
Brothers from the 'Point think
The Greenspoint set is only strong as its weakest link
So devil, think fast
Ain't nothin but Fruit in the 'Point to wet your white ass
Tell you the truth
You need to watch out for this brother
Cause the scariest muthaf*cka gon' shoot
Explain lyrics
Correct lyrics 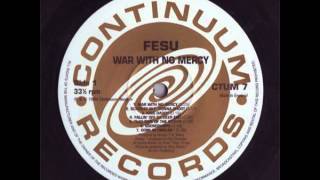