Sadie's momma was a tanker always bowling her
down to the ground
And when Sadie got old enough she moved it on
Her freedom was a one way bus to another town
She had a little money, bought a dress and she put it on
And she worked her days in an all night restaurant
It was called believe or not...Anything You Want
There was a woman on the graveyard shift that
Sadie liked a lot
And she even took to coming early just in case
they could have some time
It seemed that anything the graveyard lady wanted
the graveyard lady got
And Sadie decided the difference between them
was a shadow line
Years would fly before she'd bother to try
to be her own true face
Right now seemed like every thing was sadly stuck in place
Hot town, Toronto, l951
The Spring is doing its stuff
She sends a letter home to say "I've come undone" All they say "that's tough"
Another birthday pass her by and she has a dream
one night that she can fly
And she goes to work that day and all she does is cry cry cry
And Sadie finally meet a man who dances a jig
and she follows him down
But don't he turn out to be a little angel of misery
Living quiet in a private dream, protected by a frozen frown
Periodically he looks up and says
"Sadie, what's to become of you and me?"
It's at these times that she holds his head
Half wishing all the while that he's holding her instead
And she finally tells him that and it blows his mind...
Takes a little time, takes a little time, takes a little
time.
Takes a little time, takes a little time, takes a little
time.
It's so amazing what you don't find out
when you're dancing!!
Explain lyrics
Correct lyrics 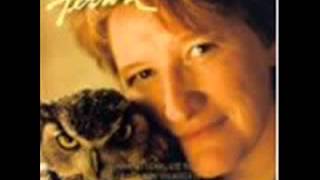