The Crown And The Holy See Lyrics

The Crown And The Holy See Lyrics


Who is the father of the son of man, and to what has he given birth?
A thousand little lies to pave the way, leading to what we have become.

Building nation states, theocracies by extension of strength.
Bow to the powers that be, be they that of The Crown or of The Holy See.

The threat of indoctrination is the most dangerous of them all.

Who is the father of the son of man, and to what has he given birth?
A thousand little lies to pave the way, leading to what we have become.

Brace for what comes next from the military-industrial complex.
A modern day crusade. These colors don’t run, but they do tend to fade.

A line too thin to measure between the two hands on our throats,
The greater and the lesser of the devils we know.

The threat of indoctrination is the most dangerous of them all.

[Lyrical commentary by vocalist Nick Nowell:
"This song is about the latently racist middle-aged guy who votes a straight-party-ticket because he slurps down his doctrine from A.M. radio and drives a $40,000 truck with a faded bumper sticker on it that has an American flag and says "THESE COLORS DON’T RUN!" He never had the gumption to serve in the military, but his idea of foreign policy involves a dusting of prayer and a healthy dose of nuclear codes. After all, his pastor said "An eye for an eye!" and "Plus, they pray to the wrong god anyway." Don’t worry though, he sleeps just fine at night, he already has a spot in “heaven”. No matter what your opinion is on government, religion, or the complete sham of a line that separates the two, I think we can all agree that when you allow your opinion to be bought and sold by strangers with a verifiable agenda, your voice should be relegated to the fringes of important national discussions."] 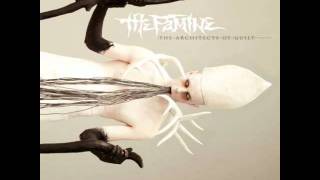 check amazon for The Crown And The Holy See mp3 download
these lyrics are submitted by kaan
browse other artists under F:F2F3F4
Record Label(s): 2010 Tooth & Nail Records All rights reserved Unauthorized reproduction is a violation of applicable laws Manufactured by Tooth & Nail,