Written by Nate WallaceHe ran fast with every ounce of he had as the girl made her way into the street. All at once images flashed through his mind. The day that he crumbled his clothes tattered & strained. The day he saw the apocalypse, he knew the world was going to end; when & how. He recalled the sacrifices. Everything he had, he gave away. Everything he had done was for everyone who crossed his path. The only thing he had ever known was to help others, but not himself. He remembered her face as he had seen it many times before & all the moments, she & her friends laughed & teased him. Now homeless and youthless, they never knew what he truly was for they could only see him as the butt of their jokes & a source of cruel entertainment. Now that will change & he will now know it will change, for the one thing he never learned was self love & respect. As he pushed her with all of the life left in him, thrashing her against the ground she tumbled towards the curb looking back in anger to see what did this to her. She heard the screech of tires ring out as his body was slammed against a speeding BMW. He died never knowing a kind word, or a friendly face. Hating himself as he thought others did, (and some did), he did all within his simple mind & power to earn their love or at least a smile. He died never knowing either one.
Explain lyrics
Correct lyrics 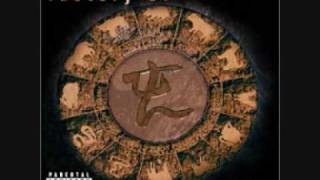