I think you're coming around again,
Your psychic told you that she thinks it's the end of the line.
You put on that smile again,
And somehow forget you were ever a friend of mine.
These days I'm amazed by the changes in you,
Cause this time you decide you don't like the truth.
Don't throw in the towel and give up on me now,
What can I do?

Now you're watching the sky,
For a top gun falling from out of the blue sometimes,
you wish you could hide
From this nightmare you swear is becoming your every day life.
I know you don't show you're not doing so well,
It's ok cause today there's a way out of this.
Take my hand if you can and we'll drive all night. Chorus

You ask me the question,
Staring out the window with the memory running down your face.
Is there more to this maybe?
Than dancing for pennies in the street like a gypsy girl, baby.
You're trying to lie about why you're down and out,
Can't you see that it's me you've been pushing around.
When will you be still and take you're chances with God? 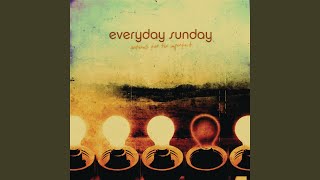