From the land of coldness,
Under the Northern vault of the sky,
Echoes the tune of yearning,
For the times of the sun and light

It's the bird of the midnight moment,
The swan of the brightest nights,
And the song about her leaving,
While the snow covers the ground

The brightest stars in darkness,
Lighting up the stage of the night,
On the soil so deeply frozen,
Lying the bird with wings so white

Eyes full of the deepest sadness, Leaving now the final glance,
On the landscape of her kingdom,
On the stage of the final dance

This is the dance that I once learnt,
The dance of the dying flames,
The wistful song of the midnight bird,
Will my wings carry me once again

To the place so far I leave,
To the land of the whitest nights,
It's the time to say the last goodbye,
I'll take my final flight 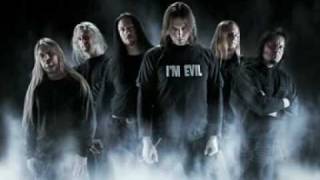