Well, you found you a coon
Tied him to a truck
He was looking at your girl
Yeah, he was looking for a ride
But you showed that bitch, dintcha?
Now tell your story while the others pinch ya
‘'cause now you’re bunkmates with Bubba
Who won’t use no rubba
For the maximum sentence the law would allow
So tell me boys...
Who Da Bitch Now?

Well, you found you a queer
You promised him some head
Drove him out, tied him up, beat him down and left him for dead
"That’s what you get bitch"
Well that’s what you said
You didn’t see it was wrong, no you were only seeing red...
But now you’ll see pinstripes
Bunched around your ankles every night
You’ll get used to it much quicker
If you give up the fight and just allow...
And Who Da Bitch Now?

The irony is plain to see
If you know the definition You try to be B.M.O.C.
And end up in this position...

You found you a Haitian
Brought him down to the station
You boinked him with a broomstick
As a standard operation
You thought you’d hide your violence
Behind that big blue wall of silence
But now you’re roomin’
With some of the bitches you’ve been broomin’
I applaud the situation, but I wouldn’t take a bow
Just tell me, officer, Who Da Bitch Now?

("Self-Bootleg" Bonus Verse)
Well this morning's communion went off without a hitch
So you said a benediction and made the alter boy your bitch
The most accursed criminal to hide behind a hymnal
But they hung you like a jury with a tube sock for a rope
The paparazzi waited
For a comment from the pope who just said 'ciao'
And "who da beetch now!" 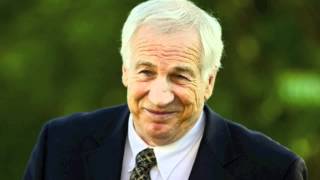