People, people, everywhere,
and all their brains did shrink,
people, people, everywhere,
and not one did think.
Having fun and playing games,
and makinjg noise and losing face,
and reading crap and "living"
and doing work and talking,
and going but not really living.
And no one cares or thinks,
or knows but say they do,
and think they do and want to.
And little kids parade by and people say "Oh how cute"
and the kids don't know and they really don't care,
and they are trying to be older while everyone else wants to be
younger.
Richard Simmons is on tv,
and people laugh and say "how I hate him"
but when everybody likes it they do too.
And everyone looks the same,
but says they're different,
but want to fit in and wish everybody liked them but say they don't care so that everybody will.
They get in and wait for their germs and pay their parents' money
to buy things their parents wouldn't want them eating.
Then they say "this isn't worth it" but they stay anyway
even when they could be improving the world
but sit and talk and say nothing
and no one cares except them what they think.
Then they get out and say "I'm glad that's over"
but then they come back to visit
because it was the most fun they ever had
except it's what you make of it
and so they decide to make it the most fun they ever had
so they can grow up saying "why isn't my life like that?"
and then they realize you turn into your parents.
Explain lyrics
Correct lyrics 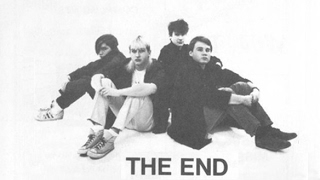