I'm not much in to dogs
And they're not in to me
That's my history, I can't change it now
'Cuz those dogs are still on the prowl

Get your digits to call you back
You never hear from them again that's wack
He tells you, you're the only one that's phat
Then hits your friend up behind your back

A stray behind, you know the kind
They're big and round and they're easy to find
Easy to find, they are for dogs
'Cuz for a dog's life it's a world of fun

I ain't no dog, you know, I ain't no dog
How you gonna come at me like that?
You know me better than that Don't try to clown and say men are dogs
Without sayin' that ya'll dogs too
The reflection of a man is a woman of true
And I'm here to let you know about a boo

All of a sudden there goes your friend
Flossin' around like, ?She sexy?
What you don't know is that she'll let me
If she get a chance to get in my pants

Now dogs a dog that's just gonna be
In a group in a single or a different reeves
Past time past life, perpetratin' and frontin'
Schemin' on the opposite sex for what you want

Roof, roof when you here him callin'
Back up your dog who ballin'
Take advise from the wise when you see 'em commin'
'Cause when you slip up we'll all be hummin' 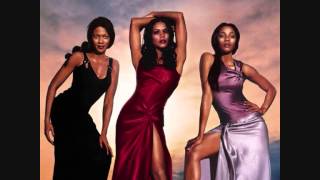