Government is playing with HAARP and not the angels
These chem trails is filling the air up with strains
The disease is just released and they got us running
for pain pills
And sex is now a weapon, it's why they're selling us
magnums
We've been embraced in this legislation with open arms
HRS510 so now they go in forms and co-ops with guns
drawn
Soldiers on the front lawn like they the front line
While most of us watching unarmed
We sitting in the windows and hoping that they don't
open fire
They book burning, just take your turn in that open
fire
Destroy the history so they can change the past
They keep us bickering between us 'cause we ain't
fighting back
Vaccines and fetus with mercury by the grand
While our leadership is speeding and weeding up with
Iran
Shit, we saved the backs and make their leaders chiefs of staff
I guess Obama made an Uncle Tom an Uncle Sam, damn
They tear a part of the sleeves where we wear our
hearts
We dismantle the schools and they build bombs with the
spare parts
They're building props on top of super fun sites
When pollution runs our minds and bodies, how can we
fight?
Say a prayer to Japan, a prayer out to Haiti
And a prayer out to Chile on that continent that made
me
You talk about the corruption, they say you crazy
Conspiracies ain't theories anymore, they're
legislation, damn
Inflation coming and the value of the dollar dropping
China buying up all of the debt but all we did was
shopping
They engineered the recession, this shit was f*cking
planned
But hold up, Jersey Shore is on, I hit you f*ckers back 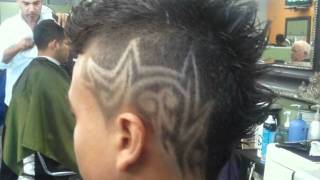 check amazon for Words I Never Said (freestyle) mp3 download
these lyrics are submitted by kaan
browse other artists under E:E2E3E4E5