On My Own Lyrics

On My Own Lyrics

[Verse 1: Emilio Rojas]
The world we living in got me wishing I was a kid again
We were getting in on them jobs, working for shitty
bread
Boss jealous, we getting head till we giving tests
Thirsty, yeah I'll piss in that cup if you took a sip
from it, growing up
Most of sobered up and no one told us adulthood
approaching
It's so abrupt, windows of opportunity broke or they
closed them shut
It's hard to see the options in front of you open up
I was broke as f*ck, money coming in slow, no interest
in accounts
You don't get nothing from O's, people stuck in they
home
They bust it, hustle and blow, the women that I know
will cut a couple for dough
They get pregnant, double in rubbers, f*cking insane
chicks
Don't believe in aids but aids and kids are the same shit
When you taking them tests, it's life changing
People using any excuse to say you ain't shit

[Verse 2: Emilio Rojas]
Don't trust you but you ain't got no trust in me
Don't love you but you ain't got no love for me
So f*ck you, f*ck it, I don't need your company
I'm better off alone 'cause honesty is a luxury
I'm giving up a degree and I put my heart in it
Now my life is a movie, you got no parts in it
I'm at the parties where only the stars enter
Where people that graduated, yeah, most of them
bartending
If I don't know your name and you claiming that you
knew me
I ain't too important, you just ain't important to me
Mama said to pick out my friends, I'm getting choosy
In the same city but moving on to a new street
You live through me, remember when you criticized?
Everything you on is everything I epitomize
I ain't saying your name so you legitimize
And the kid'll thrive in environments that you'll never
shine 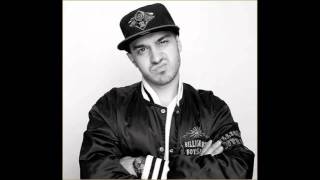 check amazon for On My Own mp3 download
these lyrics are submitted by kaan
browse other artists under E:E2E3E4E5

Rate On My Own by Emilio Rojas (current rating: N/A)
12345678910
Meaning to "On My Own" song lyrics
Watch Video Comment Enlarge font Correct lyrics Print lyrics