Rising up from the ashes of a schoolboy, old enough to be working in the coal mines
Looking up as he watches as his childhood floats away

To children selling food in Guatemala, el parece sucio al americano
But the gringos concerned, only if the boy has washed his hands

Don't forget about the people who are dying in Somolia, skies of fire raining over Persia
Seems as if the wealthy have forgotten we're all the same
As they dye their hair drinking six dollar coffee
Healthy and alive but f*cking drugged up, coughing Underneath, the puppets swing, the strings attached to hands of thieves

Wake up you people, the world it is changing, step out of your bubble of comfortable ignorance
The church it has taught us, to fear one another, to hate what is different, yea to silence and smother
The terror of difference, in all of those thoughts faces colors
But I can only just imagine, if the truth became the fashion
Then one at a time each mind once frozen in greed
Could lead the way to change the way we live
Explain lyrics
Correct lyrics 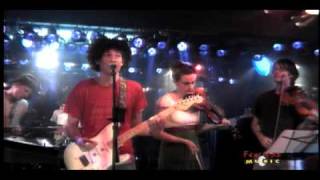