Late at night I’m on the road again
Hit the gas and here I go through fire, wind and rain
I know I’ve been drinking but I guess that’s okay
Talk to me like you want, I won’t care what you say

Speeding down the freeway, my mind’s on overload
Give me just one last drink and I’m ready to explode
I can’t bear your complaining so stop your fairytales
I’ve done it many times before and never did I fail

Feels so good to be alive, let us celebrate
I’ll see every sudden curve before it is too late
Won’t you stop your bitching, the gas down to the floor Late at night out on the streets death knocks on your
car door

Speeding faster than the light of burning gasoline
Disappearing in the night by angels never seen
Drank too much and drove too fast, now you have sold
your soul
Miserable life ends wrapped around a concrete pole

Life’s not always what you see
Things you thought that cannot be
All denied but now’s the time
It’s tonight you’ll see the signs
Pray for mercy, it’s too late
Soon you will be caught by fate
Dared too much, you’re too far gone
Never you will carry on

You’ll complain but who’s to blame
In the end we’re all the same
End your life down in the street
All your thoughts full of deceit
Chances taken, now it’s through
In the end you’ll pay your dues
Who will cry when I have died
Death comes knocking late at night 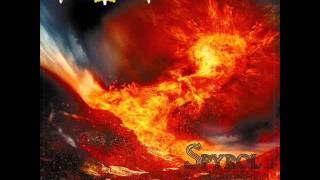 check amazon for Late At Night mp3 download
these lyrics are submitted by kaan
browse other artists under E:E2E3E4E5E6