[Verse 1]
You know I do my best thinking when I'm flying down the bridge
Humming to myself and kicking up my kicks
Jiggling all around, half afraid for my life
I hope I don't crash like that night last summer
Back when the bridge was just a wooden path
Bouncing around like, he said, it was 1956

[Verse 3]
I wore the same outfit on the day the Hasid followed me
In his car along Park, not Avenue
But the one in Brooklyn, on an early Sunday morning
Carrying an umbrella and talking on the phone
My mom said run, and I ran
I crashed on Banker, cut my head and my knees
The ambulance was called by a guy his friend called "guru"
They were visiting from California and I swear they
I swear they, I swear they, I swear they saved my life 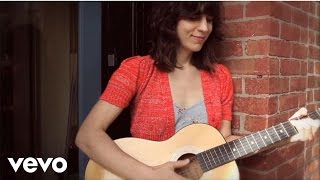 check amazon for My Mistakes mp3 download
these lyrics are submitted by itunew3
browse other artists under E:E2E3E4E5E6
Record Label(s): 2011 Merge Records
Official lyrics by