[Verse: Hellabandz]
Two poles in the back of the low-low (808 Mafia)
Three hoes, but a nigga need four more
Five Dracs if a nigga actin' slow, bro
Six feet, bounce a nigga like a pogo (Bah)
Seven deep when the shit got real, though
Eight strapped, nine people in this drill, bro
Next day, ten people got killed, so
Eleven shots fired all in the field goal
Twelve shots left a nigga real still, ho
Got thirteen niggas in the backstreet (What?)
Tryna catch a dump nigga opp lackin'
Got fourteen racks just to clap him
With a fifteen shot automatic
Put sixteen up on these jumpers
I been gettin' money, I been countin' all these hundreds
Seventeen cash on me, dummy
Eighteen birdies wrapped up like a motherf*ckin' mummy (Brrt) G-19, that's a Glizzock
Never gave a f*ck about no niggas or no cizzops
Tell your bitch to suck my dizzock
Bitch, I been lit, I'm the motherf*ckin' Wizzop
One for the money, two, that's for sure, though
Threesome with your bitch, just spent four hundred cash with Milo (Facts)
Five pints of Act', six shots leave him dead (Grrah)
Seven to his brain, now that's an overkill (Bah)
Eight police up on the scene, but they couldn't solve a thing
Nine holes in his shirt, left him like a Krispy Kreame (What?)
Ten shot, eleven shot, now that's a wet dream (Haha)
I like the Gucci snake, but when it's cold, I rock the mink
I like the Gucci snake, but when it's cold, I rock the mink 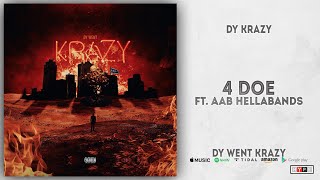