[Verse: Duwap Kaine]
f*ck school, I know the trap can't fail me
Coolin' with a thot in a telly
Smokin' on this loud pack, I know you can smell me
Walk in the trap, and the trap still smelly
Sippin' fake lean, it go straight to yo' belly
F&N, watch it sing like R Kelly
Still in the trap, whippin' shit like a deli
Kick shit like Bruce Lee, niggas tellin' fairies, ayy
f*ck a thot, I won't marry, ayy
Maserati ridin', not no Chevy
Name hold weight, yeah, that shit a lil' heavy
Bitch, I'm in the trap with the pounds
See 12, nigga, you can watch me move around
Talkin' shit, nigga, why f*ck you talkin' down?
I don't need a throne, nigga, I don't need a crown
Smokin' on this dope, nothin' less than a ounce
Flexin' like me, you gon' need some tryouts
Still in the cut screamin', "f*ck free clout"
Bitch, I need my cheese because that's what it's about
Bitch, I'm stuck like a TV mount
Countin' racks, yeah, I'm countin' big amounts
They talk shit, but look where I'm at now Outside, nigga, and you stuck in the house
Bad lil' bitch, said she wanna be my spouse
Niggas always cappin', they be cappin' for some clout (f*ck some clout)
Carry cash in my hand, nigga, f*ck a bank account
And I'm a rich nigga, I don't want no discount
Re-real nigga, I don't need no f*ckin' face tat
Backwood, I face that, nigga, f*ck yo' habitat
Ca-can't f*ck with a thot-thot, can't f*ck with a nat-nat
Bros over hoes, niggas know I will never rat
Off-White on me like a nigga in a flashback
Used to rob these niggas, yeah, my niggas used to hijack
Smokin' OG, yeah, you know this that Cali pack
Hoes hit my phone, I don't even want to interact 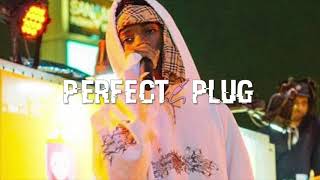 check amazon for Disagree mp3 download
these lyrics are submitted by itunes3
browse other artists under D:D2D3D4D5D6D7D8D9D10
Songwriter(s): Duwap Kaine