I Am The Supercargo Lyrics

I Am The Supercargo Lyrics


Once i was a supercargo
My own V.O.C.
The great white God of great white goods
With shoes upon my feet
And for that they wrack their minds in pidgin
Thinking i'll return
But i'm not an American
I've never worked alone

They say "our John Frum's coming,
He's bringing cargo...." and the rest
At least they don't expect to be
Surviving their own deaths
It's probably not a good thing
To believe in all that shit
When one way or the other
You'll get thrown into a pit.

And i am ruin borne by sea
The stone age smoked by dysentery
I'm patient zero to the lusts of Papuans
Who trade one woe for another one South of the isle of Pentecost
I wound up on my back
If they want to see me one more time
Then typhoid's seeing to that
They are just like all the white folks
The whites are just like them
They take pain and superstition
And then they call it something else
And they build airfields in the jungle
That no plane can land on
Fill me with penicillin
That shit don't do nothing at all
But then everybody's got their price
Most just go a little cheap
Thinking the best the rest are hoping for
Is to be dying in their sleep
You want to make good with a cannibal?
You've got to show him how to freeze a priest 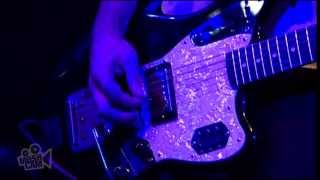