The night the practice room caught fire
there were rumors of a dragon headed straight for Muscle Shoals
"Stoner tries to save an amplifier"
and it's like the dragon's side of the story is never told
When the dream and the man and the girls hang around long enough
to make you think it's coming true,
it's easier to let it all die a fairy tale,
than admit that something bigger is passing through
The hippies rode a wave putting smiles on faces,
that the devil wouldn’t even put a shoe
Caught between a generation dying from its habits,
and another thinking rock and roll was new
Till the pawn shops were packed like a backstage party,
hanging full of pointy ugly cheap guitars
And the young'uns all turned to karaoke,
hanging all they're wishes upon disregarded stars 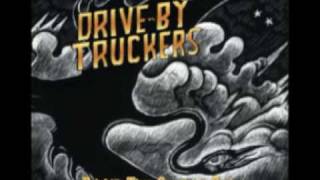