Hardware, bear hide, I got thick skin
Stayed down like the pigskin on the yard marker
I'm the Godfather, better talk proper when you mention
Live wire, nigga, I fire like the Pistons
It got 12 V's and a stick shift
Bitch nigga, you get hit quick
Queens niggas, we get rich quick or die tryin'
Goin' for green with the nine iron
I get booked by the hour and time flyin'
I just took me a shower, 'cause I'm lyin'
'Round the dirty money, nigga, I'm Zion
Get up, there's no one as high as I am
The realest, you niggas is chicken shit
Pot fryin' when you pot-pie'ing
If my niggas ridin', then it's pop, pop
Nigga, that's word to my pop-pops
I came for the smoke like a hotbox
I came from the borough, I'm top spot
Got flows, now they want a photo when I rock shows
California in a 'Rari
California, that's the 'Rari

Ayy, four hundred hoes
All in a row, line 'em up
Hit 'em with the give-and-go
Bitch, you knew what it was when you signed up
I was on cruise control
Until I seen the police behind us
Tunnel vision, I put on my blinders
Had a good f*ckin' run, but your time's up, yeah
I was smokin' on weed out in Babylon
Yes indeed-y, I got all my diamonds on
Your bitch wanted my dick, yeah, I ought've known
Boy, you crazy, you think that she comin' home
Gettin' money, I got me a bankroll
You cannot hit the blunt, I don't think so
Boy, I sit on the court at the Lake-Show
Shut the f*ck up, bitch, it's not a sing-along

Your bitch watchin' my wrist stream like Vevo (Vevo)
I came from stealin' all the blockchains, nigga, I'm Deebo
Only rapper to make forty-five thousand off IG trolls
We both lit, but your shit don't hit, nigga, you a pre-roll
Learn somethin'
Ayy, money can't buy respect
But it can buy niggas who check those who disrespect
I been on a different check
I got a girl at home on tour, I need a different neck
Never third-wheelin' like a damn trike
I been in the mall with a scam stripe
I might need a wet wipe for when I touch niggas I don't like, yeah

[Dreezy:]
Got a body like Video Vixens
Peepin' the fake like a sixth sense
Got a couple K's I put up in the bank
But I need little more, word to Tristan
Drownin' in money, quicksand
I don't hear these bitches, long distance
Call me Big Dreeze, I don't fit in
Can't get in my section with a wristband
Floorin' it
Chasin' that bag 'til I corner it
That wax on the tree like an ornament
Yeah, this drip ain't in stores, gotta order it, yeah
With the G.O.A.T.'s now, I got high power
Lil' dog bitch like a Rottweiler
All that cap, what I'm blowin' a lot louder
I'ma give 'em that scold like a hot shower
I'm on top now, it's apparent
Pop your ass, I ain't talkin' parents
I was broke, used to shop clearance
Now I'm runnin' this shit like an errand
Ain't no comparin' us
Need me a thug nigga, ain't talkin' Jerrika
Me and the money got marital
Tom & Jerry, you a character
Pull up foreign and embarrass 'em

Is that the opening?
Do you feel anything yet? 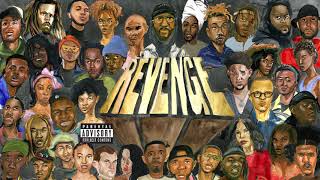