It was the time of year just after the summer's gone
when august and september just become memories of songs
to be put away with the summer clothes
and packed up in the attic for another year
we had decided to stay on for a few weeks more
although the season was over now the days were still warm
and seemed reluctant to five up and hand over to winter
for another year
Indian, indian summer
her parents had rented a house on the shore
'though i stared at her all summer we never really talked
in the end, at the summer's end
i wish we could turn it around and start it again
she shared a house with her sister and mother it belonged to a painter who rented out for the summer
her father had already gone home
the days were quiet and we were both alone
intensified by the lack of competition
we walked along the ocean and put off decisions
to keep us from saying goodbye
Indian, indian summer
in the distance the city lights flickered in the bay
but any previous existence seemed a world away
in the end, at the summer's end
i wish we could turn around and start it again
indian, indian summer
away from the magic could it ever be the same
i think i knew those days would never come again. 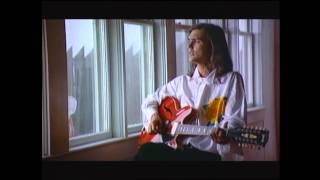