Out On Bail Freestyle Lyrics

Out On Bail Freestyle Lyrics

[Verse 1]
I don't do the shit these niggas do, they bitch made
Machete on the K, I'm sharp as knives when they switch blade
Don't ask about my chop, I got it from Mei Ling's sensei
Loose lips, blue tips, I start aiming at french braids
I am not these other rappers, I get every penny, all mine
These niggas hang with niggas that done dropped plenty of dimes
Might as well pick 'em up, the Himilayas is busy bruh
It's fairly odd when you see me pickin' up guns from Timmy Turner
I'm from California, but my wave is pretty stronger
Chop sticks, mop sticks doin' trips like benihanas
This a e-cig my opps die from electric fumes
Catch you sittin' in that chair at the barber, I'ma electrocute you
You seen his body drop, you gon' be in a stetcher too
I know you see that nigga head niddin' right next to you
When I got a lemon squeeze out, I leave vegtables
Friendly ass niggas all look like teletubbies
Ten thousand on my head? Think of a better number
Drum sticks in the car, he just seen lemon pepper dropper
Any nigga you think about doin' a song with, I'm a better option
I just left a pizza party, I'm in need of a better topic
Comin' at me like Deebo, but all I see is Mary Poppins
Pippy Longstocking in the chop I just blew his socks back
p*ssy nigga tried to send a wave, and I shot at him
A rap banger got a real member stretched, now his block mad
Drakeo slid through ten time today, how can we stop that?
They said lil' man treat ten bodies over one, niggas not factors
Don't worry about your bitch, she suckin' dick, try contact her Blue tips in this whip, the play call came from John Madden
Free Drakeo, I was out on bail, but now they hatin'
Talkin' 'bout my ten whips and chains, fake commentating
I got Pippy Longstocking and Shenae nee in the side beefin'
Talkin' 'bout they seen long john and who should IV him
I'm the cold devil but I really need to find Jesus
Ten gray bags to his head, try to find him
Is it the sparks from the K or my chains that tend to blind people?
The last gang get together, we went through, we shot nine people
I told niggas I'm not to play with, I ain't these other niggas
Half a million dollars on my neck, I should sign people
Shoulda been my friend, now it's time to crucify niggas
Opp lovers get chipped too, you on the side with 'em
Twenty five niggas did flips when they seen us fight nickels
The camera man couldn't resist, 'cause it was some nice footage
Niggas sweet as sugar, I think they would make some nice pudding
Niggas swear they don't like the don music, but wanna vibe to it
[Outro]
Taha
I'm a foolie though
I just be really rappin' tho, it's all rap like
You feel me, I just feel like can't nobody f*ck with me
California I'm like really the truth like
Niggas know what's goin' on, nigga long live the great all that, yeah
I said I had four hunnid but it's really like- nah I think I said five
Oh, five hundred thousand in jewelry though
We gon' keep doin' this though, 'cause this shit regular
Like I feel like nobody f*ck with me, they can't
What I tell 'em? Sheesh
I guess that's me huh?
Explain lyrics
Correct lyrics 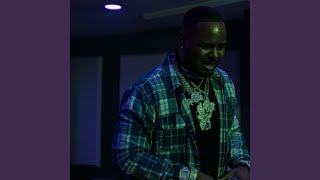 check amazon for Out On Bail Freestyle mp3 download
these lyrics are submitted by HNHH3
browse other artists under D:D2D3D4D5D6D7D8D9D10
Songwriter(s): Drakeo the Ruler