Letter From Me To You Freestyle (intro) Lyrics

Letter From Me To You Freestyle (intro) Lyrics

[Verse]
Nah, I'm still the old me
What type of nigga buss down a stainless steel rollie
I came here with a choppa, I heard niggas said they want me
You see me on Instagram, but you don't really know me
Just bought the new whip, the slave master the nigga that taught me
The forces with me, bitch I'm Obi-Wan Kenobi
No we not friends, we ain't enemies, we ain't cool
Broke niggas at me on Twitter like "I hate you"
I would never change for no nigga cause that ain't cool
Everybody hatin' on you Drakeo cause they ain't you
Everybody want to be the man, but see I paid dues
You should shut your mouth because the situation that you in
Have you ever faced life in jail or been to the pen?
This is me and I would never change for nobody
Don't talk about my situation, unless you been by me
My niggas always talk about what they would do [?]
When I was in the pen, I ain't get a letter from 'em
When I was locked down, I couldn't get a message to you
Maybe when I die, there's a place in heaven for me But if I go to hell, it would be a better blessing for me
Niggas always talking like they got a message for me
But since I'm talking now, you ain't did nothing for me
How I'm up in jail and niggas asking me for favors
But tryna post my patient ass, say I'll do it later
My baby momma won't even let me see Kayden
But if I send some money, she'll bring him here maybe
Don't talk about me, unless you know what I been through
Don't talk about me because I really got some issues
I'm sick of niggas telling me what I need to do
f*ck all that shit you telling me, I need some juice
They found me not guilty, man what else I need to prove
I talk a lot of shit, but I still pray as much as you
I know there's a higher power, I know somebody got me
Been talking for two years, guess I need to say a lot
Think and Grow Rich by Napoleon Hill
The type of books a nigga read only in jail
No wonder why detectives keep holding my mail
f*ck all that bullshit, I only wanted a bail
I could care less about the [?], this jail
Explain lyrics
Correct lyrics 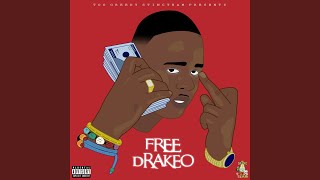 check amazon for Letter From Me To You Freestyle (intro) mp3 download
these lyrics are submitted by BURKUL4
browse other artists under D:D2D3D4D5D6D7D8D9