[Drake]
Look, I ain't never had a benzo
Nope, I pushed me an Ac wit the tintzo (Ac = Acura)
nosey n-ggas is peakin' in my window
have a hard time looking
I tell you second hand that's a hard grind cooking
cause my pop was in it so deep
if his son wanted in it these dealers would probably drop percentage
Instead, I drop bars like I'm two months sober
its my time now so them you months over

yeah if I want it I find me a way to get that
I’m trying to get to the point where I can sit back
took a lot of patience and action
I grind so I’m anticipating relaxing
I’m thinking bout replacing the Jacksons on top of the charts
I don't need brothers fillin' space in the back than.
so from the kid with the sun tan flow
the hottest ticket in town to this one man show

[Drake - Chorus]
I think that you know as well as I know
people checkin' for me every where that I go
what you gotta understand that it’s me I be
until the motherf-cking day that I D.I.E
(repeated)

either way the true fans yell
I'll pick'em and its obvious so who can tell and no this aint Blu cantrell
this is like perfection though we both got the light complexion
couple things that I do that well
and the way that I Jack-son you think that Drake new Sam-el (As in Samual Jackson)
I’ve been real though, word out in memphis im lable as
Diz-zo
they stay kicking it with me like a field goal
see I’m humble but I live vain
with more deals on the table than a bridge game

When he says "Benzo" he is talking about a Benz as in the Bentley cars.
And when he says "Ac" he is saying he drove an Acura.

Than when he says "I drop bars like I'm two months sober". He is referring it to someone that has stopped drinking and no longer goes to bars. Life if someone asks if you have a girlfriend/boyfriend and you say "No, I dropped her/him a week ago."

You had the part about the Jacksons right, He is just saying that he wants to top what the Jackson 5 have done by himself. He is basically saying that Micheal Jackson was the reason the Jackson 5 did so well, So since he is going to try and do it better, He doesn't need his "brothers" in the background filling in the empty space.

And I think there is a part before verse 2. I think he says something like
"They say it isn't a best bet."
But because of the DJ an "Evil Empire" you can't hear it...
I hope this has helped you in some way if you decide to us it or not. 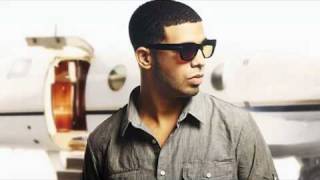