[Verse 2]
And I hate that you don't think that I belong to ya
Just too busy running shit to run home to ya
You know that paper my passion
Bittersweet celebrations, I know I can't change what happened
I can't help it
I can't help it
I was young and I was selfish
I made every woman feel like she was mine and no one else's
And now you hate me
Stop pretending, stop that fronting
I can't take it
Girl don't treat me like a stranger
Girl you know I seen ya naked Girl you know that I remember, don't be a pretender
Getting high at the condo, that's when it all comes together
You know I stay remniscing
And makeup sex is tradition
But you've been missing girl
And you might feel like nothing was the same

[Verse 3]
This the life for me
My mama told me this was right for me
I got em worried, like make sure you save a slice for me
I should have spoons, serve you up with a fork and knife for me
Your actions make us doubt you
Your lack of effort got me rapping different
This the shit I wanna go out to
Play this shit at my funeral if they catch me slippin
Naked women swimming that's just how I'm living
Donate a million to some children, that's just how I'm feeling
A nigga filling up arenas, who the f*ck can see us
I had to Derrick Rose the knee up before I got the re-up
Yours truly the boy
I just build and build more
Y'all niggas build and destroy
You niggas party too much, man I just chill and record
No filler, you feel it now if you ain't fill it before
Yes Lord, this the shit I wanna go out to
This the shit I wanna go out to 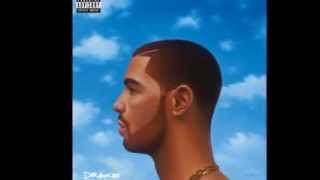