Humble yourself, give him a bow
Bow down, this is your Lord
Renounce your pride, give him a bow
Humble yourself
Don't wait, or his wrath will strike you
Renounce your price, give him a bow
Give a bow, or else he'll curse your name
Satan, my brother - peace or anger
He has made a choice and since then evil has come upon
the earthly paradise
Death picks his harvest
Sin and disease rages, the world is suffering - a
victim of his price
Death picks his harvest
Give him a bow, damned is your name
This is a hand - your last chance - don't reject it
He bleeds, wails, staggers
But is still alive
Without a birthmark each enemy Blasphemy doesn't have it's end
And once the Lord loved him
He sat down among the angels at his feet
But pride and conceit drove him to rebellion
Torture by wild temptation
He walked away, first promising revenge and death

He longed for power
And since then the battle has been going on
And the one who fights hasn't brought peace but the
sword
Who will win this war?
Give him a bow, damned is your name
This is a hand - your last chance - don't reject it
Father, why did you banish me?
In my madness I've sown sin
Forgive me, Father, I hate you!
I want blood and your souls! 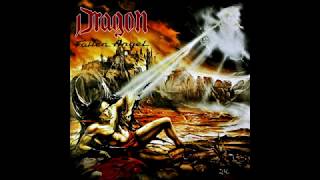 check amazon for Fallen Angel mp3 download
these lyrics are submitted by kaan
browse other artists under D:D2D3D4D5D6D7D8D9D10