The prime suspect is one of Santa's reindeer in the worlds most famous case of hit and run.
One day wile grieving grandpa watched the TV.

Now Santa is before the prosecution, he looks a little thinner on the stand. And if they take away his flying license there won't be any Christmas in the land. 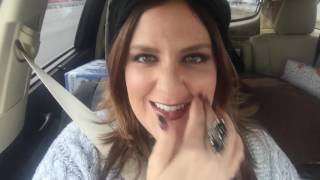