Yes, it is I says me
And although me
By morning three, cause they're weak
[laughter]
Yes, yo!, I'm in the house now for sure
Because I wanna talk about the hearts of men
Who knows what evil lurks within them
But lets take a travel down the blindside
And see what we find on this...
Path...
Called...

Stranded on Death Row, so duck when I swing my shit
I get rugged like Rawhead Rex with fat tracks that fits
The gangsta type, what I recite's kinda lethal
Niggaz know, the flow that I kick, there's no refill
I'm murderin niggaz, Yo, and maybe because of the tone
I kicks my grip, the mic and kick shit
Niggaz can't f*ck with
So remember I go hardcore, and slam
Nuff respect like a sensei, ba-bash like Van Damme
So any nigga that claim they bossin
What don't you bring your ass on over to Crenshaw and Slauson
Take a walk through the hood, and we up to no good
Slangin on things like a real ho
G should, I'm stackin and mackin and packin a ten so
When you're slippin, I slip the clip in
But ain't no steady tripppin
Cause it's Death Row, rollin like the mafia
Think about whoopin some ass, but what the f*ck stoppin ya
Ain't nathin but a buster
I'm Stranded on Death Row for pumpin slugs in motherf*ckers
Now you know you're outdone
Feel the shotgun, Korrupt inmate cell block one

No prevention from this mention of sorts
Your're a victim, from my driveby of thoughts
No extensions, all attempts are to fail
Blinded by the light, it's time you learn braile
From the lunatic, I death like arsenic
When I kick up wicked raps
That the grain will hit the scratch
With treachery, my literary form will blast
And totally surpass the norm
Not a storm, plural, make it, many storms
When I'm vexed, I fly leg necks and arms
In this dimension, I'm the presenter
And the inventor, and the tormentor
Deranged, like the hillside strangler
MC mangler, tough like Wrangler
I write a rhyme, hard as concrete
Step to the heat and get burned like mesquite
So what you wanna do
The narrator RBX, cell block two

Rage, lyrical murderer
Stranded on Death Row
And now I'm servin a lifetime sentence There'll be no repentence
Since it's the life that I choose to lead
I plead guilty
On all counts let the ball bounce where it may
It's just another clip into my AK
Buck em down with my underground tactics
Facts and stacks of clips on my matress
Bed frame there's another dead pain
Layin lain with the shame, who's to blame
Me, the lady of Rage
On when I'm comin from the D-E-A-T-H in
R-O-W takin, no shit
So flip and you're bound to get dropped
It's 187 on motherf*ckers don't stop
Handcuffed as I bust there'll be no debate
It's Rage, from cell block eight

And yo steppin through the fog
And creepin through the smog
It's the number one nigga from the hood, Doggy Dogg
Makin videos, now I stay in Hollywood
Bustin raps for my snaps now they call me Eastwood
Dre is the doctor and my homey little nigga
Warren G is my hand and my hand's on the trigga
Shootin at the hoes with the game that I got
Sent to death row cause I wanted to make a quick one servin my rocks
And I'm still, servin for mines, peace
To my motherf*ckin homies doin time
In the pen and the county jail
Mobbin with your blues on, mad as hell
And you say yeah f*ck the police
And all the homies on the streets is all about peace
And it's drivin the cops crazy
But ain't nuttin but a black thing bay-bee, uhhh
No I'm not flaggin, but I'm just saggin
I betcha don't wanna see the D-O double G
And you can't see, the D-R to the E
Or my motherf*ckin homey D.O.C.
You know you can't f*ck with my motherf*ckin DJ
That's my homey and we call him Warren G
Yeah, and you don't stop
Doggy Dogg break em down with the motherf*ckin Dogg Pound
That's the only way we'll beat em man
We gotta smoke em, then choke em
Like the motherf*ckin peter man
It's like three and to the two
And two and to the one
Cell block four peace Doggy Dogg's done

Yo, now you know the path I'm on
You think you're strong, see if you can travel on
Cause only the weak, will try to speak
Those who are quiet, will always cause riots
There's three types of people in the world
Those who don't know what happened
Those who wonder what happened
And people like us from the streets that MAKE things happen! 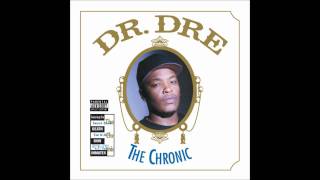