Now I got to talk about some of these politicians
Sure got my world in a sorry condition
They say one thing, but they mean another
That's a very worrisome thing, my brother

Say they talking clear, but it sure sound hazy
Ain't doin' nothin' but drivin' 'ol Dubb crazy
Can't balance a budget, but can spend my money
You tell me of something goin' on funny

Sometimes I think they're just educated fools
Ain't doin' much to help the schools
City schools just slidin' in ruin
And sometimes I wonder, do they know what they doin'?

Would you get my BB Gun?
No, I don't want to kill 'em
But I sure would like to hurt 'em some

Noe, to raise money they got the lottery
But that's a lot of slippin' and slidin' if you ask me
The money's funny and the change is strange
'Cause it ain't nothin' but a new numbers game

Out on the streets, you know what I'm talkin' about
You see, the odds always in favor of the house
And every week you put your little twenty dollars in
And they grinnin' in your face, 'cause it so hard to win

They say the lottery was gonna help the schools
That's what they promised it would do But they cuttin' arts 'cause money is so tight
And I got to wonder, how do they sleep at night?

We're the richest country, but we got kids that don't eat
Vietnam War veterans still begging the street
Politician say he got to make more cuts
But you think his salary is something he'd touch?

Health care, now that's a mess
They ain't done much to help that yet
Politician say, don't' worry there gonna be better days
And I must start working on it as soon as I vote myself a raise

Now, there's a way to get out of this joke
We need all the people to get out and vote
Don't sit on a couch, watch the news and complain
You got to get off your butt if you gonna implement change

But in the meantime, would you get my BB Gun
No, I don't want to kill 'em
But I sure would like to hurt 'em some

Now folks those are just my views
And you're entitled to your views too
'Cause in America, we still got the right to choose
And that's why I wrote "Dubb's Talkin' Politician Blues"
Explain lyrics
Correct lyrics 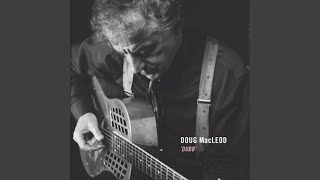