My name is James Cameron, I fell up from the sea
Tangled in the branches of an old, old tree
The voice of my mother callin'
Where have you been, my sweet
And it was no human voice

They chanted my name and the jailer stood aside
They pulled me ‘cross the floor, and shoved me on outside
And on up to the hilltop where the other two boys died There was a crowd of young and old, but not one merciful eye

And all at once they parted like a great sea
There was a voice from the back, and a face that I can't see
Let this boy go – he's done nothin' wrong, lay not one hand on his sleeve
It was no human voice

And I stepped out slowly between that sordid throng
Comin' not a word – soundin' like a song
While it just kept goin', I just walked on
A song with no human voice 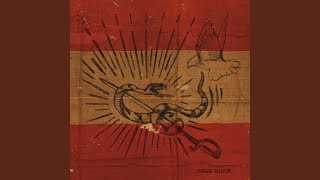