Chain smokin beedies til his brain's broken completely
Get back on his feet, work out and eat some Wheaties
Greedy for the cheese, please, most couldn't fathom
Had em in the cobra clutch, when he spat the mad hymn gems
Collection of brats, timbs and hats
Had no time for the pitty pat, I'll give em that
The rhythm hit em back with a right hook
Shook it off, quarter shiner, thought it was a aight look
Depends on the shades, the end of days fades
Pretenders lay in dazes on stages
DOOM malaise
Eat it up, microphone, microwave mayonnaise
His own way was strange but it matters not
Tuned into a frequency tone that shattered rock
Hold it down like Shatner do Spock
Rapper jocks... need to put a sock in they chatter box
The block got lied to VIAC stock
Folks gather round it's no joke like knock knock
It's them, they came home to roost ya'll
And watch em transform the game to the rules of foosball
She's too small. Any questions?
Him could squeeze blood from a penny in a recession
Keep guessin'
It gets deeper than depression
The power of suggestion awake or sleep, peep the lesson Dig that beat
Ripped it with metal fingers and stomped it with big fat feet
And you know what they say: cut the hay
Resistance is futile, you will be assimilated, but today it's all grey
Metallic wood or ruby stone
Rude like the type of dude you could write a movie on
Hardcore porn - did his own stunts
Read his own rhymes, and split his own blunts
Once... in a while, every other minute
Eyes pop out, Popeye, heavy on the spinach
Steady on his business, and ready with a ill pitch
Keep some bad bills niche like Denny Kuci 'nils' nich
No hitch, just a shitload of spit and sneeze
Strictly G's stackin up, off the rack the hidden fees
Rappers like the gay club strip tease
With hippies on the yip sayin "hey bub grip these"
They screamin for attention
Deemin' at the mention of a scary demon convention
You could cut the tension wit a switchblade
And serve it on a same plate of hors d'oeuvres a witch made
Filleted, pursueded the chamber maid
To bet her paycheck on a get naked game of spades
Straight up, no chaser, no layaways
Coursin fate, taste of microwave mayonnaise
Explain lyrics
Correct lyrics 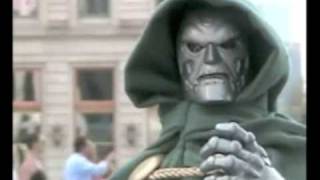