The War Drags On Lyrics

The War Drags On Lyrics


Let me tell you the story of a soldier named Dan.
Went out to fight the good fight in South Vietnam,
Went out to fight for peace, liberty and all,
Went out to fight for equality, hope, let's go,
And the war drags on.
Found himself involved in a sea of blood and bones,
Millions without faces, without hope and without homes.
And the guns they grew louder as they made dust out of bones
That the flesh had long since left just as the people left their homes,
And the war drags on.
They're just there to try and make the people free, But the way that they're doing it, it don't seem like that to me.
Just more blood-letting and misery and tears
That this poor country's known for the last twenty years,
And the war drags on.
Last night poor Dan had a nightmare it seems.
One kept occurring and re-occurring in his dream:
Cities full of people burn and scream and shoutin' loud
And right over head a great orange mushroom cloud.
And there's no more war,
for there's no more world,
And the tears come streaming down.
Yes, I lie crying on the ground.
Explain lyrics
Correct lyrics 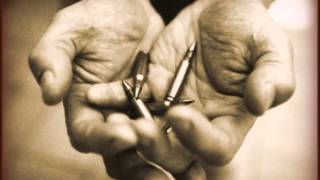