Everybody Else But Me Lyrics

Everybody Else But Me Lyrics


Way back then in Jesus' time; the Pharisees walked so proud
They thought that they had the way to God; they prayed
their prayers out loud
But Jesus said they had hell to pay; for the pretense
and the games they'd play
I'm glad that's not like us today; we wouldn't act like
that

I went to church one day last month, the preacher
preached real good
Talked about 'true' commitment; New Testament
brotherhood
He talked about watching the things we say; the gossip that can wound and slay
I sure wish Joe had been there that day; 'cos he
really needed to hear it

When Jesus made disciples; he told them what they had
to do
Turn your backs on everything except what he called them to;
He said take up your cross and follow me; deny yourself
and you'll be free
Ah...but he meant those guys back in Galilee; that was just
for them back then 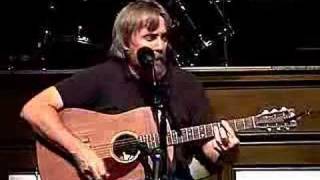 check amazon for Everybody Else But Me mp3 download
these lyrics are submitted by kaan
these lyrics are last corrected by Sam K
browse other artists under D:D2D3D4D5D6D7D8D9
Record Label(s): 1998 Don Francisco
Official lyrics by