John come home all in a wonder,
Rattled at the door just like thunder.
"Who is that?" Mister Hendley cried,
"It is my husband! You must hide!"
She held the door till old man Hendley
Jumping and jerking went up the chimney.
John come in, looked all around,
But not a soul could be found.

John sat down by the fireside weeping,
Up the chimney he got to peeping.
There he saw the poor old soul
Sittin' a-straddle of the pot-rack pole.

John built on a rousing fire
Just to suit his own desire.
His wife called out with a free good will,
"Don't do that, for the man you'll kill!"

John reached up and down he fetched him
Like a racoon dog he catched him.
He blacked his eyes and then he did better: He kicked him out upon his setter.

His wife she crawled in under the bed,
He pulled her out by the hair of the head.
" When I'm gone, remember this!"
And he kicked her where the kicking is best.

The law came down and John went up,
He didn't have the chance of a yellow pup,
Sent him down to the old chain gang
For beating his wife, the dear little thing.
When he got off, he went back to court,
His wife she got him for non-support.
John didn't worry and John didn't cry
But when he got close, he socked her in the eye.

Took John back to the old town jail
His wife she come and paid his bail.
Won't be long till he'll be loose --
I could tell more about it but there ain't no use.
Explain lyrics
Correct lyrics 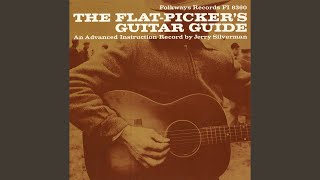