I'm the B-I-Z and it goes like this
Eating a bowl of cereal's on top of my list
Forget eating lunch; I like to munch
On a stupid big bowl of Captain Crunch
Whether it's Peanut Butter Crunch, Berries or Regular
Feels real good going past my jugular
I go cuckoo for Coco Pops
Eat whole box of cereals down to the dust
Cookie Crisp, Sugar Crisp and Sugar Smacks
Wheat Rice Corn and Bran Chex, I like the tex

I like Rice Crispies and corn flakes with the frosting
When I had Count Chocula I lost it
I get three scoops of raisins with my Raisin Bran
I wonder what cereal they eat in Japan?
No matter what it is, I know it's sweet
From hood to hood, from city to street

Since we're on the subject of cereal
It's a (?) fresh material
Grape nuts takes you long to chew
And all-bran cereals make me doo doo
Well I could eat a whole box of Honey Nut Cheerios
And some all-bran cereals taste like toes
I like the Crunch called Cinnamon Toast
But Alpha-Bits, I can spell my name from coast to coast
Frosted Mini-Wheats make me do the funky beat
Like ah-ow AH-OW, get you out your seats
No matter what they do, no matter what they say
I could eat cereal any time of day
Like Fat Albert said, "Hey, hey, hey!"
Anything else is just a bunch of (?)
They say breakfast is the most important meal
So you might as well start off with a bowl of cereal
Explain lyrics
Correct lyrics 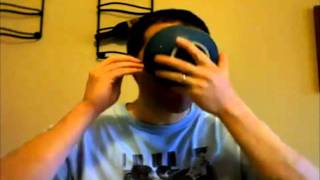