[Verse 1:]
I hear voices whisper tell me, "Banner kill yo'self"
Man I call on the Lord, pain doesn't easy from wealth
These cars, these clothes, these hoes
Never meant nothin, havin nightmares screamin and busting
At my enemy, I put a bullet in that nigga and I see it's me
Is it my soul?, killing self hate
Or does that nigga in me have to die before I reach them pearly gates
Either way I got somthin to say
Jam Master Jay used to yell walk this way
But it's hard to walk like a man the industry's ..
And these the same motherf*ckers thats controlin my cash'
And the same ones, the government, controllin yo ass
Why George bush ain't in jail for stealin them votes?
Why the CIA ain't closed man, for pushin that dope?
Get it crackin America, the CIA, aka the KKK
It's judgement day!

[Verse 2:]
In a Chevy, I'm wondering if the Feds broke the levy
Are they in with the devil to control the weather?
Hurricanes and typhoons every other week
While po' folks are drowning in the middle of the street
We too scared to speak, or too busy on the internet
I heard they about to put lo-jacks in our kids necks
Marshall law, tell Bush naw we ain't ready to flip
The hood is like a modern slave ship
We packed like sardines and shackled to the streets
And crack is cotton that grows up from the concrete
Shit, but I guess I'm seein thangs
We'd rather not learn, we'd rather f*ckin gang bang 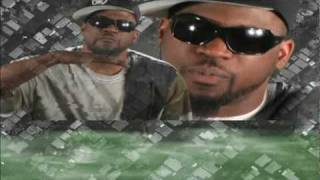