[VERSE 1]
Movin through the L.A. streets with the homeboys
Dippin in the toy, havin _Chips Ahoy_
Cookies, and these rookies still can't see us
A lotta people wanna be us cause we's the O.G.'es
Real Eastside riders from the hood
And I wish niggas would
Come at me like it's all good
If y'all could you'd probably do the same thing
Rap, sling dope, pimp hoes, or gangbang
And it's a goddamn shame, but
Now the babies is the ones blued down and flamed up
Saggin with they neighborhood flag inside they pockets
Think they ain't? They even spraypaint the sprockets
On they bike, yellin, "What that Eastside like?"
Gettin high in the bleachers while the teachers on strike
Books collect dust on they shelf
Parents either dead or gone, so they raise theyself
But who cares

[VERSE 2]
Some talk about killin, some hear about it, some do it
Some can't handle it, and others just numb to it
You think we got problems? They the ones
Cause kids is havin kids, and kids is havin guns
Ask yours daughters and sons what they learnin in school
And watch em look at you like you a fool
All they learn is how to smoke a bidi
How to do a tatoo use a rubber, cuss, fight, and write graffiti
The tv and the radio is raisin em Parents hold your breath, cause death ain't even fazin em
A single mother out workin like a slave
Ain't no homecooked meal, just a microwave
Oven, what happened to the lovin?
Good taste done been replaced by pushin, and shovin
It all started at home with the family
Now we can't save em, or can we?
Who cares

[VERSE 2]
Don't nobody care what happen to us
Except God Almighty, in whom we trust
I bust rhymes like these for a reason
Cause for everything up under the sun it's a season
To live and die, laugh and cry
Everybody knows shit happens, but nobody knows why
And they don't even try to learn
By lettin the 5 Percent teach em, it's like they rather burn
And for niggas just to turn they life around and chill
It's harder to save, than it is to kill
As we spill each other blood in the streets
I see yellow tape and wonder who that is up under the sheet
Another child just got shot down
Now what's the chances that they not black and not brown?
A lotta people crowd around cause they feel they got to stop and stare
But they don't really care 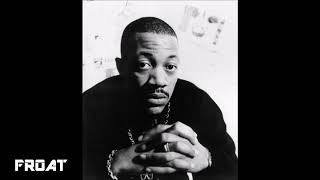