[Intro: Big Sean & DJ Khaled]
I gotta give thanks, you know?
I never really met nobody who was truly successful that wasn't thankful (Straight up, woah)
For the good and the bad (Go time)
It made me who I am
Straight up, look
DJ Khaled

[Verse: Big Sean]
When it get this dark, you gotta feel your way out
They tried to bury me alive, I Kill Bill-ed my way out
Letting go of grudges that I used to feel a way about
'Cause some emotions are too taxing to keep paying out
Life is what you make it, I know I'll make it for sure, then make it some more
I know critics hate it galore, it doesn't phase me no more
I know some peoples only taste of success is the bite that they take out of yours
My GG told me God laugh at you when you make plans
The type of wisdom that made us men
Plus tryna thank everybody who helped us along the way
Is like trying to name every single member of the Wu-Tang Clan
Yeah, I might skip one or two
But that doesn't mean they wasn't just as part of the plan
Some love goes without saying
Who would've thought that DJ that was on 6 to 10
Right there on 99 Jamz, screamin', "We the best"
Would've had all the execs eatin' right out of his hands?
Showed us all the keys to success from doors being slammed
Look, I gotta thank Khaled, who back in 2010
Convinced Ye, Sean should drop "My Last" shit
It's a smash hit, add Chris to it and it's a classic
That's that rare shit, yeah loyalty everlasting, look
All I know, forever stuck to the code
Only one I changed was 48221 to 90210
Fast forward later, this nigga Khaled my neighbor The type of stories that you can't make up
The universe doesn't just work it out, man, it works in our favor
What's Heaven on earth, getting everything that you prayed for?
Shit, believe it to achieve it or you never will
On the phone with Colin Kaepernick
He like, "They not gon' make it easy for us in this game and they never will"
I'm like, "That's not just the NFL, bro, that's every field"
Look, no restraints, bitch, only strength
That's my wavelength, surprised I ain't go insane
Heard more gunshots outside than the doorbell rang
And swam with sharks that's too big to fill up tanks
And I'm right here, right now, how could I not give thanks?
Feel my pain, I paint these pics, I spill this paint
I miss my dogs, I spill this drink
I pray that all your growing pains turn gold champagne
Plus I gotta thank my exes on some "thank u, next" shit
And all the old times that gave me new perspectives
Speaking of new, I'm about to ink a new deal, Don Life Records
And put anyone on in the city who needs connections
This that Fortune 500, my shit never plummet
I just bought a mansion and moved in the dungeon, don't none of y'all want it
So all y'all f*ckboys that want us to f*ck up
Just know I made five hundred plays and not one of 'em fumbled
My vision is tunnel, Sean Don

[Outro: Big Sean]
And I just gotta give thanks
'Cause it's that time
You know what I'm talking about, that grind time
You've been grinding your whole life
It's that time where that preparation meets that opportunity
And you gotta be ready
And give thanks
Explain lyrics
Correct lyrics 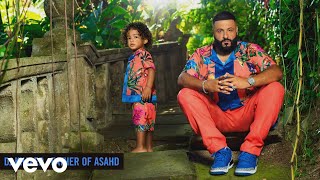 check amazon for Thank You mp3 download
these lyrics are submitted by gsba3
browse other artists under D:D2D3D4D5D6D7D8D9